The Citrus Bikeway is an island in the midst of the car-dominated Inland Empire. It runs through 4 cities, connecting with the PG&E bike trail at its eastern edge. This week we hopped on and headed to La Verne, lead by Doug Strange of Cycling around La Verne. 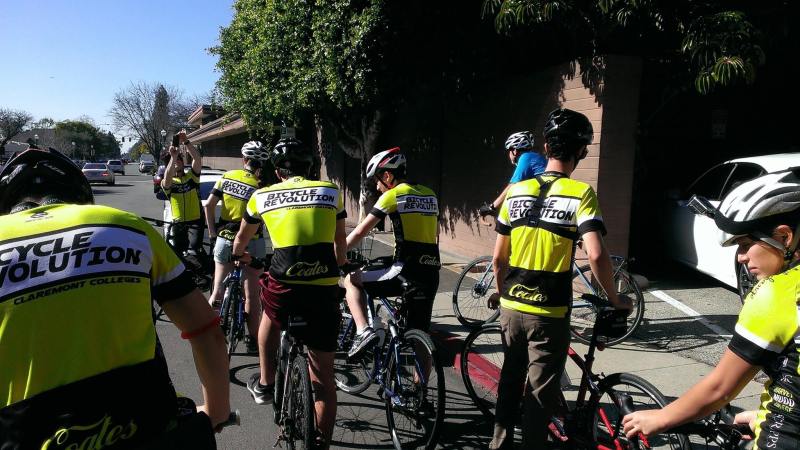 As we pulled out of the Claremont village and started west a group got caught behind a stoplight. I was glad to see that no one compromised safety in the name of speed.

Together again we found ourselves moving out of Claremont in a Class 2 bikelane. The ride was enjoyable: quick and stress-free.

En route we stopped a local brewery frequented by Doug. It’s just one example of the close relationships formed between cycling and local businesses.

Arriving in La Verne the scene changed. The bike lanes ended and we moved out into the street, ‘taking the lane’. The downtown area was lively, tightly packed with cars and people on their way to local destinations. We pulled off the Bikeway and gathered at our destination, Pappas Artisanal. 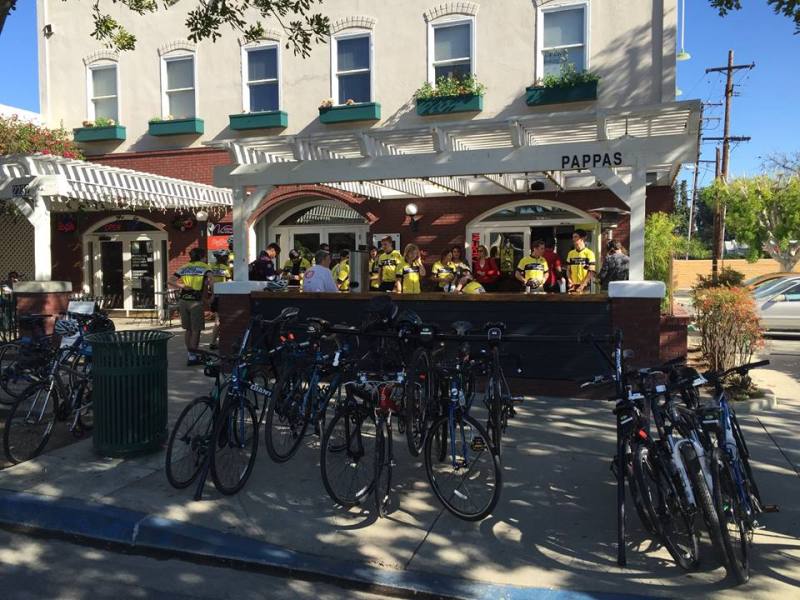 There we were met by a wide variety of cycling advocates, featuring Robin Carder (La Verne City Council), Travis Flood (Pappas Artisanal), Lisa Grater (Transportation & Parking, ULV), Kyle Woods (head of the ULV bike club), and Brian Bennett (an original founder of the La Verne Bicycle Coalition). It was fascinating to hear about how cycling played both similar and different roles in each of their lives. 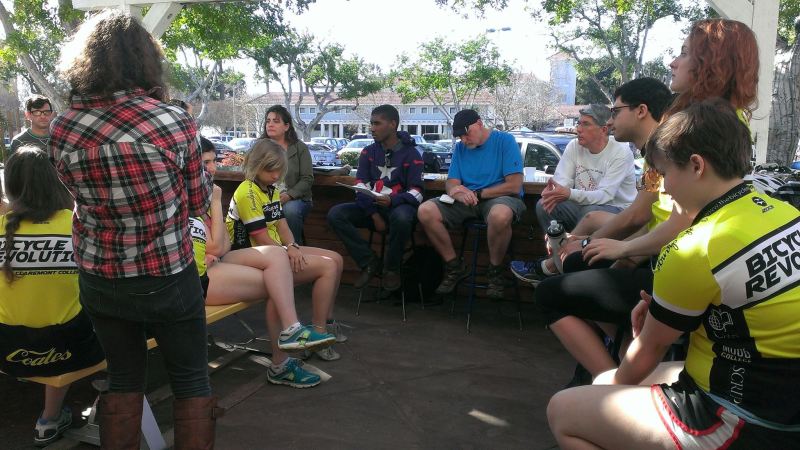 Near the end of the discussion the group resolved to create a La Verne Cycling Advisory Group. We were glad to witness the beginnings of a group with such potential to positively impact cycling in the city!

Following the discussion we began a meandering return journey. Included along our path were some important cycling destinations in La Verne – schools, a cinema, and grocery stores. Doug emphasized the importance of having places like this be easily accessible to cyclists, as they’re the sort of close locations people are most likely going to try to bike to.

Back in Claremont we’re hard at work preparing for next week. We’ll be analyzing crash data in order to craft presentations which help local decision makers improve cycling conditions.

Doug has his own post on the day’s ride, which can be here. Photos and some names are from him.